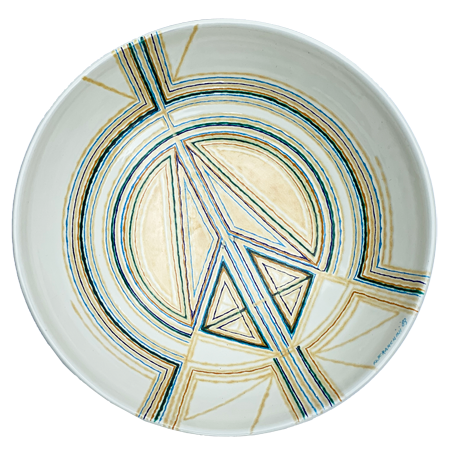 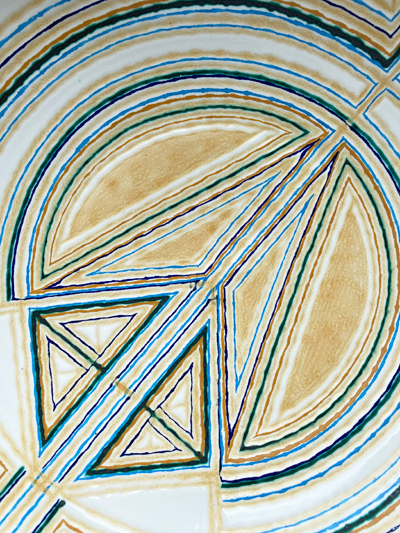 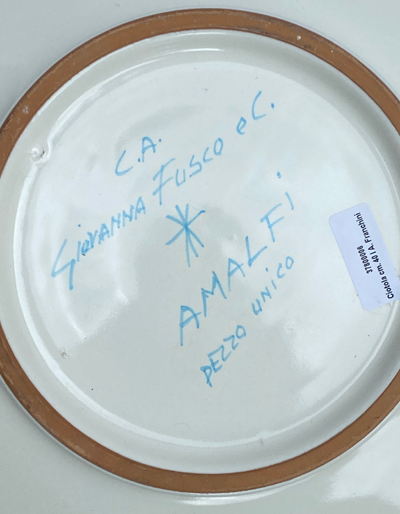 He was a member of the historic avant-garde Italian art. Soon after the 2nd World War  he joined the MAC (Concrete Art Movement). This Movement aimed to the renewal  of the 20th century’s Italian art in opposition to the strong influence on the artistic trend wielded by  the Academy  and later by the  Decadentism and the  Formalism . On the track of the BAUHAUS,  of  GROPIUS, of P.KLEE, of W.KANDINSKI, the MAC  stood for  a “SYNTHESIS OF ARTS” by putting together  painting, sculpture and architecture, by  directing the artist towards a co-operation with the craftsmanship and the industry, and by fostering the planning of new artistic  “FORMS’. for a mass production. The modern figure of the  “INDUSTRIAL DESIGNER’ was the result of this co-operation.

ANTONIO FRANCHINI worked as a ‘DESIGNER’ in the fields of furniture  production, glass lightening, plastic produces, graphic art and ceramics,  as well as  in drawing and painting. His works are now exhibited in national and international museums,  public and private collections.

His ceramics were  present at   Milan “TRIENNALI” ,  and at the most important exhibitions  (Galleria del Sestante in Milan - Villa Reale in Monza - Villa Gavotte in Albissola Mare - International Prize for Ceramics in Faenza - Italian Ceramics in Tokyo, ‘KUNSTHAUS’ in Berlin, ‘ARABIA” in Helsinki, and others). He entered the International competitions of CANNES  (1955) and PRAGUE (1961) and  obtained the gold medal.

He created  his ceramics in most well-known ‘WORKSHOPS”  in Albissola Mare (Savona), in  Castelli (Taranto), in Faenza, In Vietri sul Mare (Sa). In the early 80s he resided in Praiano on the Amalfi Coast and worked  at ‘CERAMICA D’ARTE GIOVANNA FUSCO & C.” in Amalfi were he produced unique pieces of real art.